We came to this earth to make choices

Which choice will you make?

What happens when we choose the “wrong?”

As children of Heavenly parents, we are on this earth to learn how to choose. Each of us will make mistakes in this life that will carry consequences of varying degrees. Some choices we make seem small and unimportant while other choices have a much greater impact on our lives. 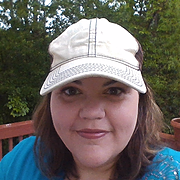 As children of Heavenly parents, we are on this earth to learn how to choose. Each of us will make mistakes in this life that will carry consequences of varying degrees. Some choices we make seem small and unimportant while other choices have a much greater impact on our lives.

In the Church of Jesus Christ of Latter-day Saints, we have been taught since we were young to “choose the right.” However, as we grow up, many times we will make choices that aren’t the best. What happens when we choose the “wrong?” Do we turn away our faces from God in shame? Do we assume that we are less-loved now that we have stained ourselves with sin? Do we harden our hearts from the hurt that we caused ourselves and others?

The answer is generally yes. We tend to do all those things. It is important to understand that when we close off our hearts from the hurt, we also close our hearts off to God. We cannot receive the healing power of our Savior when we aren’t fully open to His loving correction. For some reason, we believe our enemy’s lie that we are not good enough because we aren’t perfect right now. But guess what! We aren’t here to be perfect. We are here to make mistakes. We are here to learn how to make choices that will lead to eventual perfection. We are blessed to be able to discover for ourselves what is light and truth and what is darkness.

The Lord Jesus Christ gave us commandments because He knew they would keep us safe and bring us happiness, with the influence of the Holy Ghost to guide us along. When we sin, there are natural consequences that separate us from the closeness of the Savior but all is not lost. He made it possible for us to be redeemed no matter how many times we find ourselves pleading for forgiveness.

Elder Kevin R. Duncan of the Seventy said “Forgiveness is the very reason God sent His Son, so let us rejoice in His offering to heal us all. The Savior’s Atonement is not just for those who need to repent; it is also for those who need to forgive. If you are having trouble forgiving another person or even yourself, ask God to help you. Forgiveness is a glorious, healing principle. We do not need to be a victim twice. We can forgive.”1

Sometimes the hardest person to forgive is ourselves.

In the April 1991 General Conference of the Church, second counselor in the First Presidency, President Thomas S. Monson related a moving story told by successful prison warden Kenyon J. Scudder. A friend of his happened to be sitting in a railroad coach next to a young man who was obviously depressed. Finally, the young man revealed that he was a paroled convict returning from a distant prison. His imprisonment had brought shame to his family, and they had neither visited him nor written often. He hoped, however, that this was only because they were too poor to travel and too uneducated to write. He hoped, despite the evidence, that they had forgiven him.

To make it easy for them, however, he had written to them asking that they put up a signal for him when the train passed their little farm on the outskirts of town. If his family had forgiven him, they were to put up a white ribbon in the big apple tree which stood near the tracks. If they didn’t want him to return, they were to do nothing, and he would remain on the train as it traveled onward.

As the train neared his hometown, the suspense became so great that he couldn’t bear to look out of his window. He exclaimed, “In just five minutes the engineer will sound the whistle indicating our approach to the long bend which opens into the valley I know as home. Will you watch for the apple tree at the side of the track?” His companion said he would; they exchanged places. The minutes seemed like hours, but then there came the shrill sound of the train whistle. The young man asked, “Can you see the tree? Is there a white ribbon?”

Came the reply, “I see the tree. I see not one white ribbon, but many. There is a white ribbon on every branch. Son, someone surely does love you.”2

Let us remember that the Savior Jesus Christ has suffered immeasurable pain in body and spirit before giving up His life that we might forgive and be forgiven. We are as precious to Him in our weakness as we are in our strongest moments. One day, He will wrap His tender arms around each one of us as we realize that He tied a white ribbon on every branch of our trees through His glorious sacrifice. May we always remember how truly loved and cherished we are as His children. 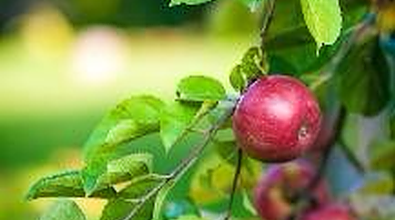